Artistic Integrity - The Balance Between Listening and Leading: A Blogshop with Author Ellen Meister

Since I began consulting writers officially under The Lit Coach banner, it has become abundantly clear to me that there is no shortage of "someone" telling writers "how to" create the perfect proposal or the most compelling novel that will lure an agent. It all looks as easy as following a formula, a fool proof 5 step recipe. Surely, there is a heft of helpful information and resources available, online and in print, for beginning writers. Even more helpful are the multitude of writers' conferences across the country that serve as the ultimate on the spot info and contact gathering expo a writer can experience early in their career.

Many writers who contact me for services are at one of two phases in their pre-agent/publishing deal stage: once they've read all the how-to advice and are totally lost in the woods mid-way through their first draft; or after they've Frankensteined their novel with all the advice from agents and/or editors who've passed on their work for various reasons (all which have been addressed in a horrific cut and paste job only Mary Shelley could appreciate).

As you learn more and more about the craft of writing, you'll understand your artistic integrity - what is authentic to you creatively - has nothing to do with marketing or publishing trends. While keeping an observant eye on those current, super selling titles you'd like to see your book rub covers with is smart, know when to shut off all that buzz and focus on the story your gut is telling you to write.

Ellen Meister, author of the rave-reviewed Secret Confessions of the Applewood PTA; The Smart One; and The Other Life understands the difference between listening to and applying editorial feedback and following her authentic vision. Ellen kindly contributed to TLCG how she struck the balance. 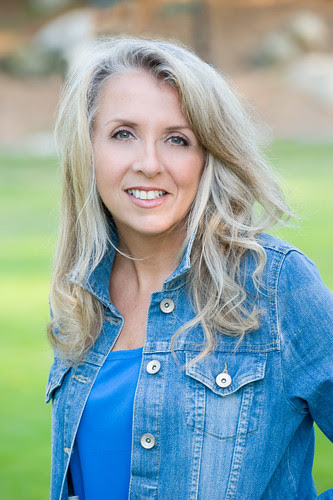 "People talk about artistic integrity as if it's a solid thing you can carry around with you, like your checkbook and car keys.

But the truth is that it's a fluid concept, especially for novelists. As writers, we're hardwired to see the validity of others' points of view. So when we get editorial input, it can be difficult to decide if the advice truly resonates with our artistic vision, or if we're compromising our own creativity.

In a way, my first novel was the easiest to write, as the only voice in my head was my own. I wasn't thinking about editors, agents, book critics or readers—just the story that tickled and touched me, and the characters I had fallen in love with. That resulted in the freedom to create a fearlessly raunchy tale about three women conspiring to get a George Clooney movie filmed in their children's schoolyard.

Later, when I found an agent who loved the book and had some editorial comments that resonated deeply—namely, that the through-line needed to be stronger and the ending less reliant on luck and more on the actions of the protagonists—I went right to work. It took a few passes to get right, but it was clear to me that every revision made the book stronger.

It must have worked, because a wonderful editor at Morrow/Avon bought the book, and two years later it appeared in bookstores as SECRET CONFESSIONS OF THE APPLEWOOD PTA.

My second book started out well enough. I had a vision for a sister story with a strong voice and three very original characters. I wrote a proposal my agent loved and my editor snatched up. I had a another book contract, and all was beautiful.

But when I sat down to write the thing, I got lost, and all the warnings in the world about the sophomore slump didn't help. I wasn't writing the book for me, but for my editor, my agent, my readers, my critics. That's a big crowd for one novel, and the first draft was a mess.

My agent had a hard time pinpointing exactly what the problems were, so I just took a guess and rewrote it. The next draft wasn't much better, but we sent it off to my editor for her input.

To make a long, frustrating and painful story short, it took about ten rewrites for me to get THE SMART ONE right. Along the way, my confidence took a severe beating, and I emerged so bruised and battered I had no idea what my future as a writer might hold.

Then something miraculous happened: I got an idea. A big idea. A high concept story that made my heart race. But it was so different from my previous books that I didn't know if my agent would accept it. Still, I knew had found the story I needed to write, no matter what. So I put together a proposal, sent it off, and held my breath.

A few agonizing weeks later, I got the call. She loved it. Everyone at the agency loved it. And soon enough, the book was submitted to editors and sold at auction. It's called THE OTHER LIFE and it comes out next month from Putnam. I'm thrilled!

I wish there was simple lesson here, like three easy ways to tell which darlings you should kill and which you should nurture. But like I said, writing is a such a fluid process it's often hard to tell where creative integrity begins and just plain stubbornness ends. You have to fall in love with your work, but not so inflexibly that you can't be objective about the editing process. You have to be open to input from your editor/agent/beta reader, but not so wishy-washy that you compromise your vision.

The good news is that over time, you start to get a more solid sense of which suggestions resonate and which don't. You might have to stumble a few times to reach that point, but you won't be alone. And that's something you can carry wherever you go."

TLC: This week, quiet the noise that's ever present on the web and on the newsstands about how to write the hottest, saleable, agent worthy book ever...just for a moment... and honor your artistic integrity. Without thinking about what's hot on the market right now, ask yourself: what story do I REALLY want to tell?

Ellen Meister is the author of three novels, THE OTHER LIFE (Putnam, 2/2011); THE SMART ONE (HarperCollins/Avon 8/2008; and SECRET CONFESSIONS OF THE APPLEWOOD PTA (Morrow/Avon 8/2006), as well as numerous short stories including a contribution to the recent MILK & INK ANTHOLOGY. She currently curates for DimeStories, a literary podcast program, and runs an online group for women authors. Ellen lives on Long Island with her husband and three children and is at work on her fourth novel, FAREWELL, DOROTHY PARKER.

Email ThisBlogThis!Share to TwitterShare to FacebookShare to Pinterest
Labels: artistic integrity, Ellen Meister, Secret Confessions of The Applewood PTA, The Other Life