Reclaim Your Most Powerful Tool - The Query Letter 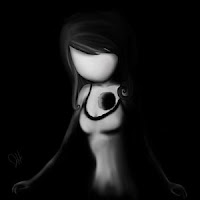 At a recent Pitching with The Pros workshop I was invited to participate in I met one attendee whose entire experience with the querying process so far could be summed up as confusing, exhausting and frustrating. As we sat listening to her dead-end, maddening attempts to query certain agents in the way they like to be queried or as per the instruction given in one magazine as opposed to a particular book...you get the idea - it underscored the reality that there is SO much advice on writing and pitching and how to get published, etc. - how does a writer know when to follow their gut or follow all the advice that's piled high on the shelves, online or via agents and other industry pros at conferences, and workshops? Like us.

As the writer broke down in tears, frustrated by all the conflicting advice on how to communicate what her novel was about, I wanted to cry right along with her. Here she was, an articulate, smart woman who completed a novel (how many people do that?!); had great reviews of the novel from her peers (success!); yet she couldn't get her foot in the door of an agency because her query wasn't to code and she didn't know what else to do.

After she practiced her pitch with us (and by the way, delivering your pitch verbally in front of industry people can be a little intimidating, so big bravo to her for putting herself out there!), we helped her hone her pitch. Not with don't begin your pitch this way or always include this in your pitch or else an agent will reject it advice, but by simply helping her gain clarity on the heart of her story by listening and asking questions, and then by providing her with a general frame of a query letter most agents would be happy with (which she already knew about from all her research).

The attendee later wrote to me expressing that through this process of gaining clarity, she reclaimed that important piece in a writer's arsenal - the query letter -  by not feeling bound by all the conflicting advice out there.

So here's a boiled down version of what we shared with her:

1. You can't control how an agent is going to read your query letter. You could write the best query letter ever and it still might be rejected because the agent was in a bad mood that day, didn't have enough time to read it thoroughly or more likely, they can't take on another author like you (they already represent several authors in your genre and they don't want you to compete with them), or they just don't think they're the right agent for you. There are myriad reasons. Don't over analyze them.

2. You ARE in control of how your story is presented. If you're having a hard time narrowing your novel or nonfiction project down to a paragraph, boil it down to the most salient action points, then boil it down again and present that beating heart in a professional-looking query letter. I like query letters that begin with the conflict and then draw me into the resolution and a lot of other agents do, too (I'm no longer an agent).

3. THERE IS NO SUCH THING AS THE GOLDEN QUERY LETTER. There is no perfect query letter, no perfect pitch formula, just variations of a theme. So...

4. After you've researched the basics, follow your gut on crafting the letter. Don't be afraid to grab someone's attention! Never apologize for taking up a busy agent's time with your work. Be confident and most of all, clear about what you've created. Claim your craft!

5. Send out your query knowing you're going to get rejected. A lot. Get more query letters ready to send out in their place. Always, always keep those queries cycling.

I feel for you, writers. And I'm calling you to action. So, here's your action this week and for as long as you want:

Action: Confident queries come from confident writers, and confidence comes from clarity. So be clear about your story or nonfiction project and pitch that baby with the passion you used to write your book! What an amazing accomplishment! And most importantly, remember it's people like you who keep us reading. You keep the publishing industry afloat. Reclaim your confidence. You know what you're doing.


Have a fruitful week, my dears! I'm rooting for you.

image: "A Broken Soul" by crazer9.deviantart.com